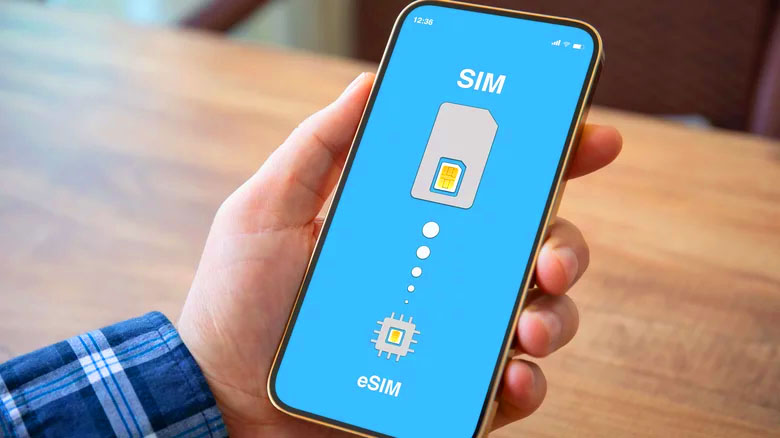 What is eSIM, it stands for “electronic SIM.” It’s a new way to load-carrier information into a phone. Instead of using a physical SIM card, eSIM uses cloud storage to store the data. This makes it easier to transfer information between different phones. Another benefit is that the eSIM can’t be removed or hidden from a phone. While not all carriers support eSIM, it is expected to become a standard in the future.

eSIM has already made its way into some devices, including the Surface Pro-LTE, iPhone XS, and Apple Watch. It is even being incorporated into new models of laptops. New models of the Dell Latitude and the ACER Swift include eSIM functionality. In addition, Moto Razr flip phones from Samsung have also been updated to support eSIM technology.

eSIM technology also makes switching carriers easier. By using eSIM, users can easily switch between carriers or lines, or even start a new contract with a different carrier. However, they must make sure that their phones have internet access.

eSIM, or embedded SIM, is a new way to load-carrier information into your phone. The chip that stores this information is built right into the phone, and there is no need to physically swap out the SIM card. It is important to note that eSIM is not widely adopted yet, and you should check your network’s policies before buying.

eSIM is a great innovation and more manufacturers are likely to adopt the technology shortly. However, the eSIM chip has to be built into the phone, which means that many budget phones will not support it.

It’s a substitute for a second SIM card

An eSIM is a substitute for the second SIM card in a mobile phone. It allows you to use the same device for personal and business needs. You can receive and make calls with both numbers, or choose which one you want to use for data, text messages, and more. Since it has no physical SIM card tray, an eSIM saves phone space, allowing you to increase battery capacity and add more features. Additionally, it is safer because there are no slots to rust or deteriorate over time.

Although the vast majority of smartphones are not yet equipped with eSIM support, many are expected to add the capability shortly. This technology was first introduced on the Motorola Razr flip phone, but the trend is to incorporate it alongside standard SIM cards in most smartphones.

Activating an eSIM is simple but requires you to send your details to a provider. They will then send you an activation id, which contains the data you need to install your eSIM. Once the eSIM is installed, you’ll need to make a call to ensure that you’re connected to the network.

eSIMs are a good alternative to traditional SIMs. Most modern smartphones have nano SIMs, which measure just 8.8mm. These smaller cards allow phone manufacturers to add more features and improve their IP ratings. These features are not possible with conventional SIM cards, but they are an improvement on the old style.

eSIM is a more secure way to use your mobile device. The embedded chip inside the device replaces the traditional physical SIM card. This means your device is more secure and makes identity theft harder. An eSIM is also much faster and easier to connect to your mobile account.

It’s unclear if eSIM will replace physical SIM cards or will be supported by all wireless carriers. But it will make it much easier for customers to switch networks. In addition to being more secure, eSIM will also result in longer battery life for your smartphone. The mobile industry will have a new look, thanks to this new technology. But it’s not all roses.

The biggest advantage of eSIM over physical SIM cards is that it’s not removable, so they’re more secure. Furthermore, eSIMs do not take up much space. Moreover, unlike physical SIMs, eSIMs can be transferred to a new smartphone, which speeds up the activation process. Furthermore, eSIMs allow multiple users to use the same phone.

There are many other advantages of eSIM over physical SIM cards. It makes switching networks easier and harder to hack the device. Because an eSIM cannot be removed, it cannot be cloned or copied. It also means you can’t hack eSIMs if you change carriers, which makes them safer than physical SIM cards.

Besides being more secure, eSIMs can reduce human error. This prevents the hacking of the SIM profile, which can be an easy mistake when the phone is stolen. It also reduces the chances of a hacker buying a SIM and convincing the operator to move the profile to another device – but the hacker still has the phone in his hand!

eSIMs are smaller than physical SIM cards, and this allows smartphone manufacturers to make smaller devices. The smaller size means less space is used by the SIM card, which frees up space for other components. In addition, they require less waterproofing. Finally, eSIMs can provide a longer battery life in a smartphone.

A big plus for an eSIM is its ability to accommodate more than one SIM profile. This feature allows a phone to use more than one carrier at a time, without having to change devices. In comparison, the physical SIM card holds one profile per customer, and the eSIM can store five virtual SIM profiles. It also makes switching carriers easier.

Traditionally, the SIM card is a small, face-down chip that connects a mobile phone to a wireless network. It is also known as a “subscriber identity module” (SIM) and is the most popular form of cellular technology. Originally, SIM cards were the size of postage stamps. However, the size of the SIM card has decreased in recent years. Today, they are a tiny fraction of the size.

Today, the majority of mobile phones use a physical SIM card to connect to a cellular network. Without one, a phone can only make phone calls and send standard text messages. However, some phones are making the switch to an eSIM, or embedded SIM. Unlike a physical SIM, an eSIM allows a phone owner to scan a QR code to connect to a cellular network.

An eSIM is also smaller than a physical SIM card, which allows for more room for other components. This allows for a larger battery, and it allows for easier waterproofing. And because an eSIM does not have removable parts, it is more durable than a physical SIM. Additionally, eSIMs are useful in IoT and M2M applications. Several car manufacturers have already adopted eSIM technology in their production.

It eliminates the complexity of roaming

eSIM allows you to switch between carrier and network technologies easily. This removes the hassle of managing multiple network interfaces, contracts, and invoices. You can also manage all your eSIM connectivity from a single provisioning platform. It offers real-time reports, proactive thresholds, and alerts to simplify your business.

While you can still use your standard SIM to roam, you can avoid expensive roaming scenarios by using eSIM. You can add a local profile remotely using the eSIM. You can even use it as a regional SIM card. This will eliminate the hassles of roaming and keep you connected no matter where you’re headed.

eSIM can be used in any phone that supports dual SIM. It makes switching operators abroad easier and less complicated. It also eliminates the hassle of carrying two separate devices. You can use your eSIM as your primary and secondary phone numbers. This solution will save you time and money when changing operators overseas.

While physical SIM cards are programmed to work only with the network provider that supplies them, eSIMs are pre-programmed with your chosen carrier’s information. If you decide to switch networks, you will need to remove the old SIM from your phone and obtain a new one from new one. This can be a complicated process, especially if you change SIM cards frequently or temporarily.

Another benefit of eSIM is that it allows you to use any network operator’s credentials for data communications and storage security. It is also possible to swap from one network to another in a matter of seconds. This makes eSIMs a viable solution for companies looking to maximize the return on IoT investments. The new eSIMs also allow businesses to deploy devices in different locations faster and at a lower cost.